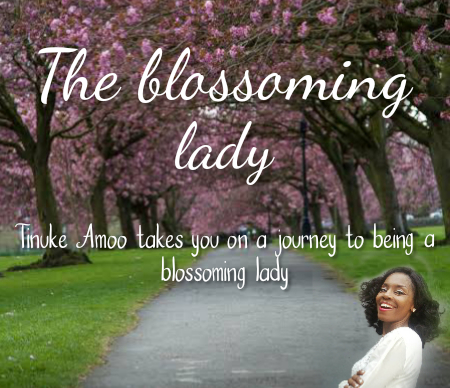 Who really is a feminist?

The words, ‘feminist’ and ‘feminism’ are expressions that have found their places in human social dispensations and lexicons from long time ago, since some kind of awareness was kindled. This is the awareness of the quest for self realisation and individual emancipation. The question is, “Who really is a feminist and what really is feminism and the ideology behind it? This time however, we will approach this concept of feminism from another perspective(not radically different from the traditionally held views) Feminism is described as an advocacy of women rights on the ground of the sexes. In line with this, a feminist therefore can be so regarded as the advocate of such rights. Wikipedia, the modern internet repository of words and information, copiously defined feminism as “a range of social movements, political movements and ideologies that aim to define, establish and achieve the political, economic, personal and social equality of the sexes. Feminism incorporates the position that the societies prioritised the male points of view and that women are  treated unjustly within their societies. This agreeably, is an obvious and exhaustive explanation of the concept, but this will  be curiously studied (note the phrases – “…equality of the sexes” and “……societies prioritize the male points of view.” We will, by implication, look into these in our discourse.

Brief exposition of feminism before and now

The recorded history of feminism can be dated back to the French philosopher,

Charles Fourier who in 1837, used the word, “feminism,” in one of his writings. It is interesting that the concept for women liberation was first inadvertently mooted by a man – the guilty party. Spreading to Britain in 1872, through the Netherlands then to the United States, in the beginning of the 20th century the word became entrenched in the description for the struggle for women’s rights to this day and so also are countless of women which such ideology were given the appellate feminist either self-titled or in general opinion. Lots of women had over the years and one way or the other being in the forefront of this campaign. Some of them were mentioned in our last post. Unarguably, this agitation for women by the women is not out of place. This is so considering the fact that the other sex cannot be absolved from such suppressive intimidation, which can lead to women’s inability to blossom In their potentials.Check out our post 10 women sadly prevented from living a blossom life from their inventions. “Suffragette” was a derisive word that referred to a woman that is desirous to vote in a political election and it’s on record that President Grover Cleveland of the United States commented in 1905 that “sensible and responsible women do not want to vote.” This kind of harsh words and many more like that validates the reason and the need for women’s fight for relevance and recognition. But another question is, “What is the face and the posture of this agitation?” Should every act of confrontation, arrogance, insubmissiveness, belligerent charging at every imagined and assumed provocation be termed, “feminism” and the protagonist, “feminists?” Who then really is a feminist? Winning three successive elections, spanning 1979 to 1990,Lady Margaret Thatcher

was the longest-serving prime Minister of Britain and the first woman to hold a high office. When asked about the conceptualised idea of feminism she replied. “If there’s anything called feminism, it’s evil and I don’t want to have anything to do with it. It’s both shocking and curious that a stalwart among women and a a great feminine model should be so antagonistic to such a cause as feminism. From the highest political office of statesmanship (or statewomanship?)to the glittering arena of showbiz, was another woman who was not so much enthralled  with the idea of feminism. Her name is Marilyn Monroe,

an American screen goddess of the sixties.Though not  of a royal personality like the legendary female Egyptian queen, Queen Cleopatra,

she also like her, used her female charm to influence the highest offices of governance by men in her time(Although the morality of her character and strategies were questionable). While not entirely alluding to these  inflammable statements from unexpected quarters, we can’t but take them as examples to look into what the movement of feminism especially in modern days, questionably imbibed. For instance, the phrase, “equality with men,” is a very familiar cliche in feminism that needs to be examined. Should equality with men be the expedient, realistic and achievable aim of feminism? Why equality, when women are endowed differently with unique abilites to conquer? These and many other reasons might be one of the issues on the minds of the two women of note( in their own rights) mentioned before and many others. These inner power can vary individually in women and their orientations.  For example, some might believe in using the conjugal and the maternal power in the home just like one writer puts it. “Some women want to go out and work for a boss while some prefer to stay at  home and be the boss. That been a subject of personal debate, let’s examine some aspects of the present feminism and opinionate our views on who really should be termed a feminist.

Who a feminist should be

Our divine female endowments  does not require us to compete with the other gender in order to blossom and be fulfilled in life. As can be observed, every aspect of human existence have different paths with different purposes to be fulfilled and make impact if fully tapped and used. Florence Nightingale – the lady with  the lamp

while frowning at women that did otherwise, quipped, “Any woman that wants to be a man, will be a third rated man.”  It is even more intriguing that if when and where we find ourselves in a male-dominated environment either social, economic (business, workplace, and the rest) political, etc, we can excel as, and even more than men. This necessarily is not by being defensive, confrontational or hyperactive as all these will be termed as frustration – driven, inferiority complex.

It is achieved by simply as said earlier, using our inner potency and strong peculiarities. We should desist from putting all the blames on men and not always on the preemptive notion of female oppresion but rather having a free mind for all round encompassing blossoming success.

I will leave you with this till next time. See you then. Cheers!